The performance of Förster Resonance Energy Transfer (FRET) biosensors depends on brightness and photostability, which are dependent on the characteristics of the fluorescent proteins that are employed. Yellow fluorescent protein (YFP) is often used as an acceptor but YFP is prone to photobleaching and pH changes.

Our results show that mNeonGreen is the most efficient acceptor for mTurquoise2 and that its photostability is better than for SYFP2. Application of the mTurquoise2-mNeonGreen FRET pair in a G-protein activation biosensor showed the highest dynamic range in ratiometric FRET imaging.
Additionally, amongst the orange and red fluorescent proteins evaluated, mCherry and mScarlet-I are the best performing FRET acceptors combined with mTurquoise2 as donor.

The research, carried out at Molecular Cytology (SILS-FNWI) and the van Leeuwenhoek Centre for Advanced Microscopy, was published in the journal Scientific Reports (https://www.nature.com/articles/s41598-017-12212-x ). 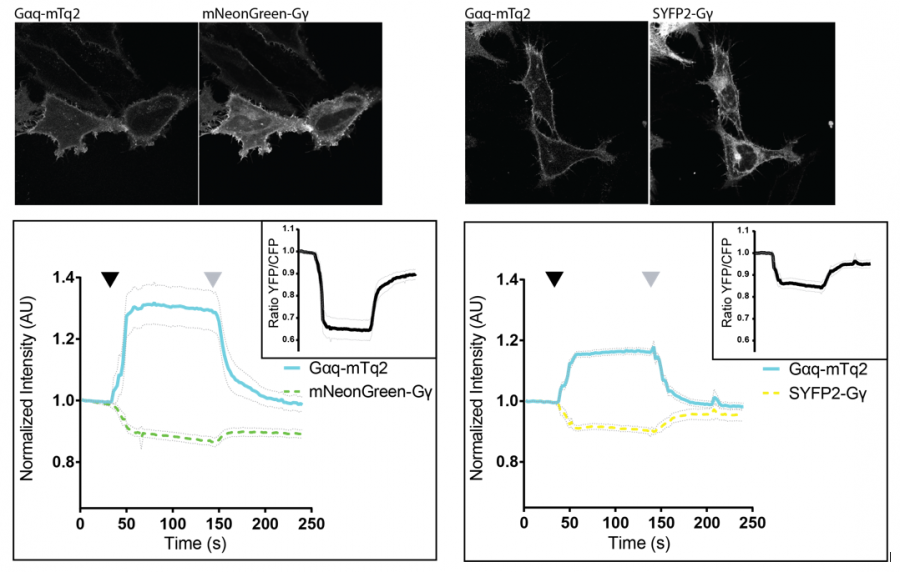